I'd like to interrupt our usual Monday morning 'four lovely women' post for an introduction.  We've already met St. Augustine, Aliso Viejo and Seattle so it's high time to meet Sedona.  Let's do this interview style... 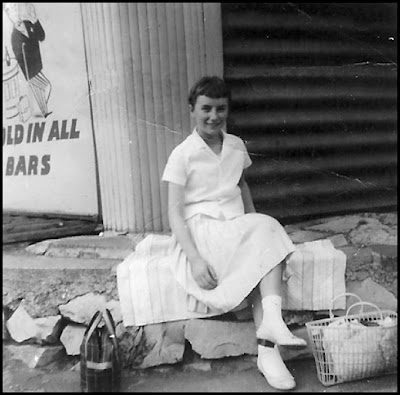 You were born at home in Everton Terrace, in 1946 to an Irish mother and an English father.  Describe how the effects of the war were visible in your neighborhoods…
"Some of the houses on the opposite side of our street were just ruins. The houses opposite our house which were bomb damaged had been cleared, it was just waste ground until 1959 when the rest of the rubble was cleared away and multi-story flats were built. Streets with houses missing on corners and in the middle of the block were commonplace. The River Mersey and miles of commercial docks were as much a target as and were heavily bombed many times." 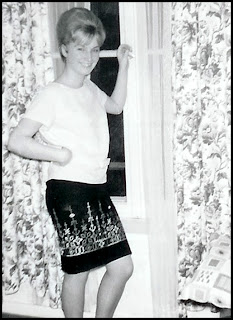 Then you went to live in (where you met your future husband, who was an American) when you were 16, only 17 years after the war had ended.  What was that like for you?
"I enjoyed my time in , however the winter I spent there was the coldest on record for most of ! We lived out in the country, I had my first ride on a toboggan! Celebrated Fasching with German teenagers and took ballroom dancing lessons."
From there, you went to live in the in 1964.  Tell us about how that happened.
"I came to work as a Nannie to two little girls. I saw an ad in the Liverpool Echo newspaper and I had an interview at a hotel. Reams of paperwork, interviews, medical, x-ray and a smallpox shot later I was on my way. At that time one’s sponsor had to provide financial proof of the ability to support the immigrant so that said immigrant would not become dependent upon the country for support."
What was the biggest culture shock you felt?
"Not so much a culture shock, as I had lived among Americans in . I would have to say the economy at that time was so much better than in , most people had cars and telephones. "
What new foods did you like and dislike?
"The many different flavors of ice cream! Baskin Robbins was my introduction to something other than vanilla, chocolate and strawberry! I was amazed and spoilt for choice!  I didn’t like the side dishes which seemed to be common in most households. e.g. macaroni salad, coleslaw and potato salad. I most especially didn’t like anything made with mayonnaise!"
What food did you miss the most?
"At first I didn’t miss any foods, everything here was new and exciting.  I no longer eat red meat or pork but back then I came to miss the roast leg of lamb and roast potatoes we had for Sunday dinner back home.  I missed English candy!  It wasn’t to be found anywhere here in . On our first trip to we found Bassett’s Licorice Allsorts, heaven!"
What things do remember being totally “American” when you arrived?
"Drive-in movies and drive-in restaurants, especially where the waitresses were on roller skates!"
When did you become an American citizen?
"December, 2002."
What do you like most about living in this country?
"That’s difficult to say. There are so many reasons I love this country. I feel protected and secure here."
What do you miss most about ?
"Another difficult one…I think I miss the sense of humor, luckily my husband has a wonderful one." 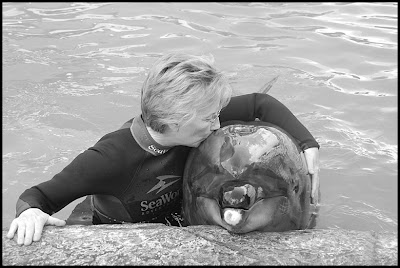 You travel so much, where would you still like to visit?
"The ."
Miss Sedona usually wears either yellow or green.  She does not have a middle name.  She has a sweet tooth, likes to hunt for treasures, figure out puzzles and play games.  She is not fond of cooking, cinnamon, brownies, iced tea or country music.  She is my friend, my supporter, my cheerleader, my teacher and luckily for me - my mother.
My mother, Miss Sedona, is having surgery today, so please, if you could - keep her in your prayers.
Thank You.
Posted by jeanette from everton terrace at 2:09 AM

Wow, that was totally fascinating, I loved this interview, especially reading about the time around the war.

I am keeping my fingers crossed for your mom, sweetie..I wish her all the best!
Such a great interview
Hugs and kisses

What a beautiful tribute to your mother. I will keep you and your family in my prayers - she is a gem!

Your beautiful mother will be in my thoughts and prayers today. xx

J - you did such a great job with this - and let us not forget her IMMENSE love of animals!

Such a tender-hearted gem this one. Next to my own mother - the woman I love most. Thanks for always sharing her with me - and everyone else. She is such a blessing to everyone who has the pleasure to know her.

We're all praying for you all today! Much love....

your mom is a sweetie! what a wonderful tribute! we'll be praying for sure! all our love to ya'll! blessing...s...

This was so interesting, I loved hearing about the foods. I will keep her and you in my prayers, Jeanette.

Always in our prayers. You are all family to us. Ewa and Al

So interesting! Imagine, only 3 flavors of ice cream! :) She is in my thoughts today.

So well done! Great job to the interviewer and interviewee. I learned a few things about 'Sedona' by reading this.
Here's to nothing but good news today!

that was a neat interview. i learned so much even though i have known her since i was five! definitely will be thinking of her today!
she looks so great in that skirt and up do. i always remember her being so stylish.

What a wonderful interview - thank you so much for introducing us further to this amazing woman (she's so brave!). Of course, as someone now with a Brit, I was fascinated to hear more about what it was like during the war, and her impressions when she moved here. Sending her many good thoughts and positive vibes, she is one of a kind!

Wonderful post.
As a daughter of an Irish mother and an English father myself I salute her and wish her nothing but good things.
x

The lovely Miss Sedona will definitely be in my prayers!

A lovely tribute to your mother and an explanation of your blog name too. She has had such an interesting life - I am sure you will give her tremendous support now that she needs tender loving care for a while. Do hope the surgery goes well and that she is soon up and about again. Very best wishes to her, and to you too.

She is in my prayers and so are you.

What an intriguing interview! I loved reading and learning more about your mom. I definitely will be keeping her in my thoughts and prayers-you too:-)

wow that gave me goose bumps. Could you imagine what it would have been like to travel to a foreign land so young!

I truly loved this interview!! So fascinating! She lived in Germany and was about the same age as my Oma in Germany. Gives a little glimpse into what my Oma was possibly experiencing at the time.

What a great interview. It's my boyfriend's dream to live in Liverpool someday. I'll keep her in my thoughts.

What a wonderful post and thanks for visiting me too. I shall be following from now on. Love your style.