Don't forget to enter the Paddywax giveaway.
So many things I'm lovin' lately but let's hit just a couple.

#1 Seaweed Soak.  It stinks.  I mean it STINKS.  I was told by a massage therapist that my body is very acidic and a great way to balance that out is a seaweed soak once a week - not nice smelling salts that might have a little seaweed in them, but the pure hardcore mumbo jumbo.  Got some for Christmas (thanks Mom) and after two, had to burn incense right next to my nose to not gag from the smell, soaks...........I'm lovin' it (not the smell just the feeling).  Bathroom stinks for days but I feel good. 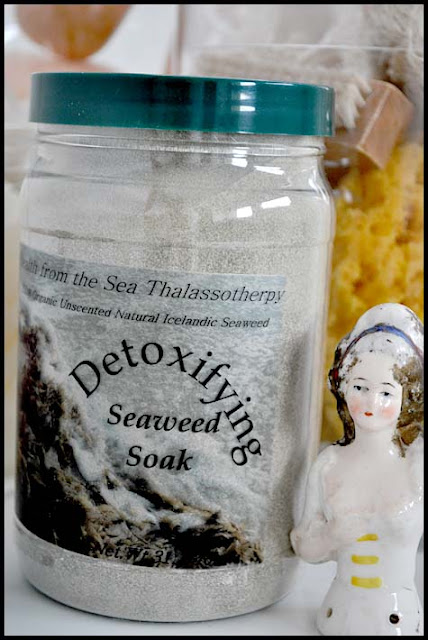 #2 Games.  I've mentioned how much we love to play games here and here, we play every Friday night with our close friends and during the holiday season, we have marathons.  The daughter gave me a new game for Christmas and it's on my love list this week - Blokus.  Do you know it?  Have you played?

We'd never played Blokus before but we've now played at least 21 times already since Christmas!  That's in between rounds of Scattergories (it's almost impossible to beat my daughter at that game), lots of cards, a kind of tweaked charades, Tripoly and a late night round of Trivial Pursuit. 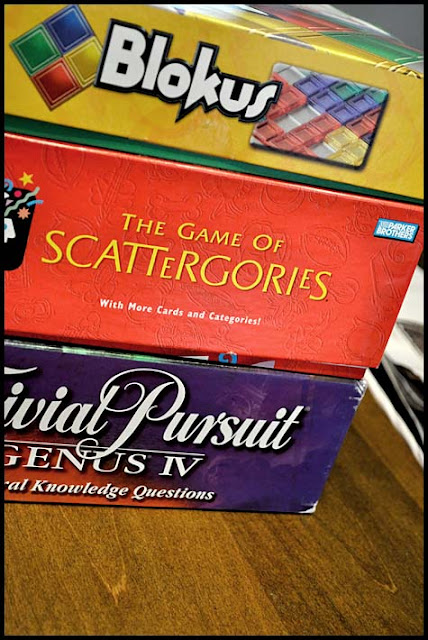 Yes indeed, we love our games over here at Pagoda and Blokus is a fun new addition that we're all lovin'.

For those who inquired about mine and Andrew Henry's 2010 cribbage tournament, it ended with Andrew Henry at 113 wins and me at 125.  I'll be wearing my crown throughout the month of January thank you very much.

Haven't decided on our 2011 tournament game yet.  We're thinking Othello or Backgammon, neither of which we know how to play.  Any suggestions?
Posted by jeanette from everton terrace at 2:46 AM

I also love planning games. We have a few and we host a regular game nights with friends:)Its always so much fun!My favourite is Jenga!!! Its so much fun:)
Hugs and kisses, my dear

I'd love to see pics of you wearing your crown:-). I've heard about the sea weed soak(but never tried it). The effective treatments/things are either bitter or stink-why is that? Happy Thursday! XX

So funny... maybe I could do a seaweed soak at my sister's so her bathroom would stink instead of mine... hee hee! xo

Congratulations on your big win :))
Re the smelly but beneficial seaweed soak... maybe you can add something like lavender essence to the bath water to sort of temper out the, um... aromas?

What fun....we love games too...I must try finding that new game of yours...Thanks for sharing.

those are three of my favorite games!!!! so. much. fun.

not too sure about the seaweed soak lol but I do love my Dead sea mineral salt scrub!!

Nothing like a good soak or a game to help one's mind.
Happy thursday and thanks for your kind comment over at Emily Clark's blog.
pve

ALMOST impossible? I beg to differ. And you should all give Blokus a try. It's super fun.

Congrats on your Cribbage win!
So glad the seaweed soak is beneficial.
One can get hooked on Blokus!
Backgammon is a good game, takes strategy, I don't know the Othello game.

All hail the Cribbage Queen! I should have quit while I was ahead. :-)

Lovin' the Blokus game, but it is a real 'thinker'. I don't think we'll be able to play that everyday like Crib.

Oh we are a HUGE game family. In fact my eldest was game obsessed growing up and I think I have the ultimate collection of obscure board games. We LOVE Blokus and Cranium and the other version Cranium Pop 5. And of course Scrabble - my kids even play each other online I think through facebook. Don't think I could deal with the soak however - am very sensitive olfactory-wise.

Have you ever played Aggravation? It's a lot of fun... though it's better with 3 or more people. We usually play it on Sunday nights, or now we've added in Texas Hold'em

Yes Nicole! We have a homemade game called "marbles" that is basically Aggravation and we have been playing it on Friday nights lately, love that one too!

We play games over the holidays too and Scattergories is our fave too.
Love the idea of the soak, just not the aroma! :)

Completely intrigued by the seaweed soak. And Blokus looks fun! Abby is just getting old enough for games so I've been playing a lot of Candyland lately. Can't wait til she's old enough for Scatergories. :)

have you tried the ladybug game? that is our big family fun just about every night! and a new richard scary game, too. both really cute!

I don't even know who Richard Scary is!

I will try the seaweed soak, I am all about a bath soak! And board games too! Love them, will check this one out! I like to party the old-fashioned way! XX!

scattegories is my favorite game of all time!!!! and happy new years, i'm so happy to be back and able to read your blog again :)

Hello!
My name is Ashley, I'm the girl behind the blog A Hasty Life. I just started the well-known 30 for 30 fashion challenge. I chose 30 articles of clothing to wear for 30 days (including shoes!) I would love for you to bop on over to my blog and check it out!

i used to love to play cranium... it's a hilarious game!

Love games!!! They are the best!
Thanks for your cute comment on your purse.
Glad to hear you love being organized!
:-) XXXX to you- Emily

I have never played Othello but I've played Backgammon before but couldn't tell you how it's done. I do love me some Scattergories though, oh yes. I love game nights! Sounds like you're having a great week!