be the buffalo and have a great weekend... 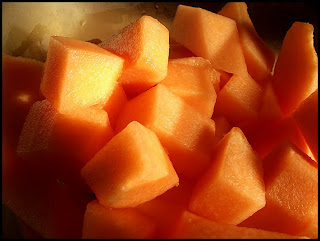 Wrapping the week up with snippets of interesting facts and tidbits recently garnered from my big magazine read.  Things I have found interesting or whatever...
From June's O  magazine, Donna Brazile lists her rules to live by.  I liked them all but want to keep reminding myself of this one in particular...
"Be the Buffalo.  Wilma Mankiller, the first female principal chief of the Cherokee nation, once told me how the cow runs away from the storm while the buffalo charges directy toward it - and gets through it quicker.  Whenever I'm confronted with a tough challenge, I do not prolong the torment.  I become the buffalo".
From June's Country Living magazine - just kind of a fun fact that I didn't know.  I like to know how things began.
"1923 (Frank) Epperson debuts his "Epsicle" at an Alameda, California, park.  His children, who call the creation Pop's 'sicle, persuade him to change the name.  Two years later, Epperson partners with the Joe Lowe Company of New York, which distributes the treats around the country"
Now this one from the August issue of Real Simple might be common knowledge, but I did not know and I tried it and it was awesome.  Possibly life changing for me - doesn't take much.  The best way to cut a cantaloupe. PS - tried this with a small seedless watermelon and it worked great as well.

"...then slice off the bottom and top ends of the melon so that it sits squarely on a cutting board.  With a knife, from top to bottom, cut away strips of the rind, following the shape of the fruit. Halve the fruit, scoop out the seeds, and slice or cube as desired."

Love these that I found in the January issue of  Real Simple.

Love this blog I  I read about in the May issue of Country Living.

Love that I got through a big chunk of my magazines and was able to let them go.  Love that's it's Friday and that you came by my blog.

Have a great weekend - see you Monday and remeber - "be the buffalo".
Posted by jeanette from everton terrace at 4:00 PM

"Be the Buffalo" I'm all over it. I want the tshirt.

Be the Buffalo! I'm in.
The melon thing - LOVE IT! I learned something similar about how to handle an avocado - changed my life, taught my husband and my mom! Gonna share this too. If Henley gets the shirt - I want one too! :-D

OMG. I'm fifty seven years old and just learned how to slice a cantaloupe. Wow. Thanks.

LOVE the "be a buffalo" quote. Yeah!

As for watermelons, I'm kind of obsessed with my little ball scoop that creates little watermelon balls. :) Gonna try my best to always be the buffalo . . .

I love this post! Sometimes I end up just scanning magazines and looking at photos and captions without reading all of the great tidbits inside (shameful, I know!).

I was coming in to comment about the cantaloupe information, which is GREAT but can I also put my name down for the "be the buffalo" tee shirt?

Cute facts!! Have a great weekend :)

Fun Posts jeanette..I loved looking at all the moms.

Hi,
I'm loving your visits over at La Dolfina!!!
I couldn't believe your fact about the popsicle's humble beginnings starting in Alameda, California which is where I live!!!!
How unbelievably cool is that?
It's no coincidence that I discovered you and your blog this week... and for that I'm grateful. Thanks for finding and sharing these fun facts :)
Enjoy the rest of the weekend and don't forget to have a popsicle!
My fave's are lime!
xo

I agree with Henley, where is the Tshirt. I think it would make a great one. Thanks for visiting Beach Vintage.

Have you designed a "Be the Buffalo" necklace or bracelet yet?
When you do - let me know!!!!

Didn't know how too either, this is FUN, thanks, Jeanette! HAve a lovely sunny Sunday. xx

While I would love to be the buffalo, in all honesty I know I'm still the cow who runs from the storm, lol! XO!

Put me down for one tshirt and one bracelet! BE THE BUFFALO.

Oh thank you for this..love it.
I so want to learn to be the buffalo..
Hugs for all the lovely links you sent our way...off to do some visiting. xoxoxo